Behind the towers of Canary Wharf - some photos and observations

Some photos from one of the most emblematic areas in London - Canary Wharf - a centre of international finance and an 'island' of skyscrapers in amongst more 'down-to-earth' local communities. And some observations.

I was really excited to go to Canning Town for a work related event. It was the launch of IPPR's - an influential think tank - programme of work and a keynote speech from the MP Jon Cruddas who is currently in charge of the Labour Party policy review.

The event itself was very interesting for my CIH housing policy work and also for my wider interests. But what really excited me about going there was the location of the event in Canning Town. I had been meaning to go to Canning Town in the day with the intention to take photos as the first time I took the DLR train from Bank to Canning Town I was fascinated by the buildings and architecture of the places. The train line is overground so you are able to see the blocks of buildings one after the after. Because the train line is really close to the buildings there is a feeling of intimacy, of observing people's lives from a carriage window. 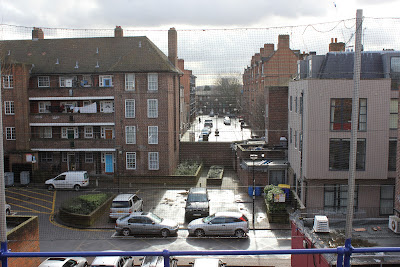 If you observe more closely it becomes clear that the blocks of buildings the train goes by are social estates. 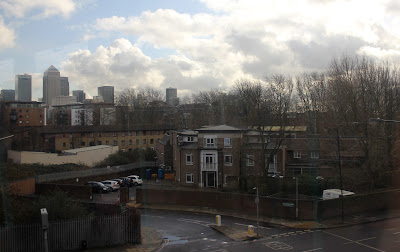 When the train arrives closer to Canning Town high imposing towers start to appear. Although the towers feel a bit out of place with the surroundings because there are a few of them clustered together and they have the modern look of the glowing glass and steel, they are a good subject to photograph (even from inside the train). 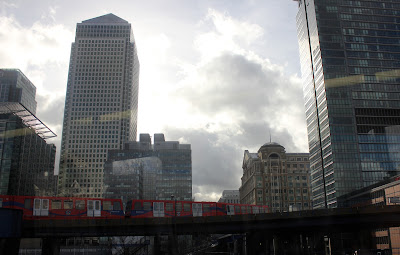 Near the towers it feels like being in a different place, a place of money and success. A place artificially created in the middle of a different environment which however has the ability to attract thousands to invest and work there. 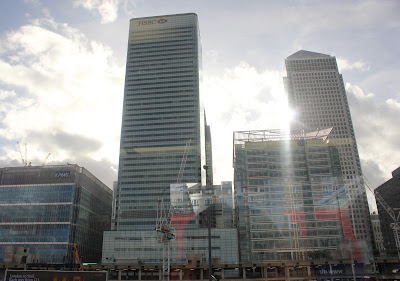 Arriving at Canning Town I was a bit confused as to the towers - I thought they were new developments and it all felt like a new 'mini Canary Wharf'. But later when I showed the pictures to R he laughed at my fantasy and said this is Canary Wharf but it's the back side of it!

So out of the tube and on the way to the event, I was in the local area, very different from the towers and their glow of success.

The original reason I wanted to go to Canning Town to take pictures was to see the emblematic towers under a different angle, from that of the communities that live right next to Canary Wharf but are not part of it. 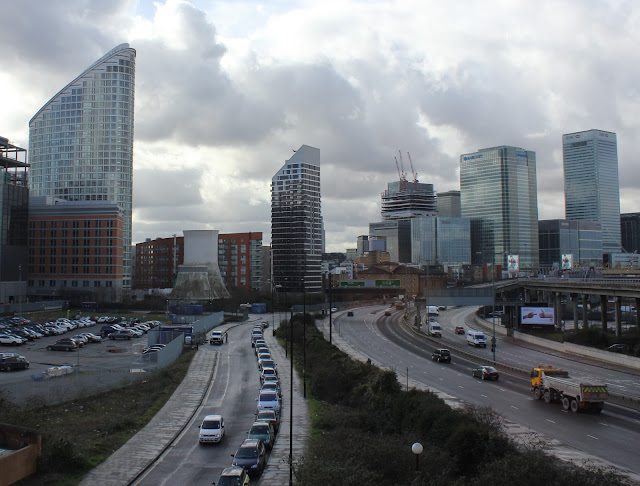 The event was hosted by Community Links, a place of innovation which helps disadvantaged people and runs a whole range of projects for the community. 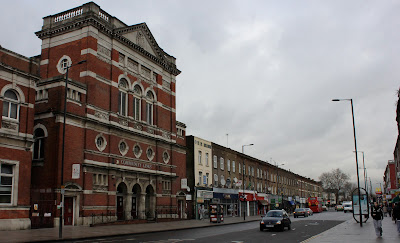 Being so close to such a big centre of employment, would make it easier for members of these communities to find employment next door. But in fact it doesn't and many obstacles stand on the way to the local communities taking advantage of this pole of development which though attracts thousands of other more skilled people. 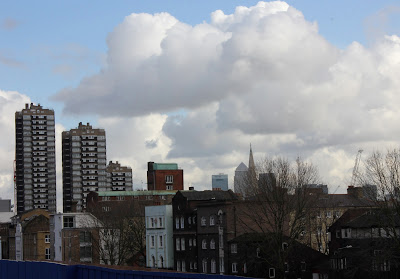 As I was back on the train and off to catch the tube to go to work, a last glimpse of the different types of towers caught my attention again, only to highlight the differences between them and what they represent, almost two different worlds, one the world of agressive capitalism and the other that of ordinary people that have for many reasons less access to success!

Welcome to it's all about... places and people I love, and things I like

A new start, this is it! I started this blog as a platform for some articles I had published in Albanian newspapers while I was in Tirana (which are still in the blog in Albanian).

Since then a lot has changed and I wanted to give this blog a new life which reflects me and the places I have lived, Tirana my home town, Paris where I studied and London where I currently live and also most importantly my son.

This blog is about my interest in photography, my experience as an Albanian in London, being a new mum, public speaking, social and cultural observations, all things that I have an interest in. I work in housing policy for CIH and that is another area of interest.

So I hope you my friends will follow me on this new journey.

I would really like to hear from you so after reading can you please leave a comment, or follow me by email or add me to your circles. That would be great! I am also on twitter @shimili, so if you tweet it would be great to be in touch.